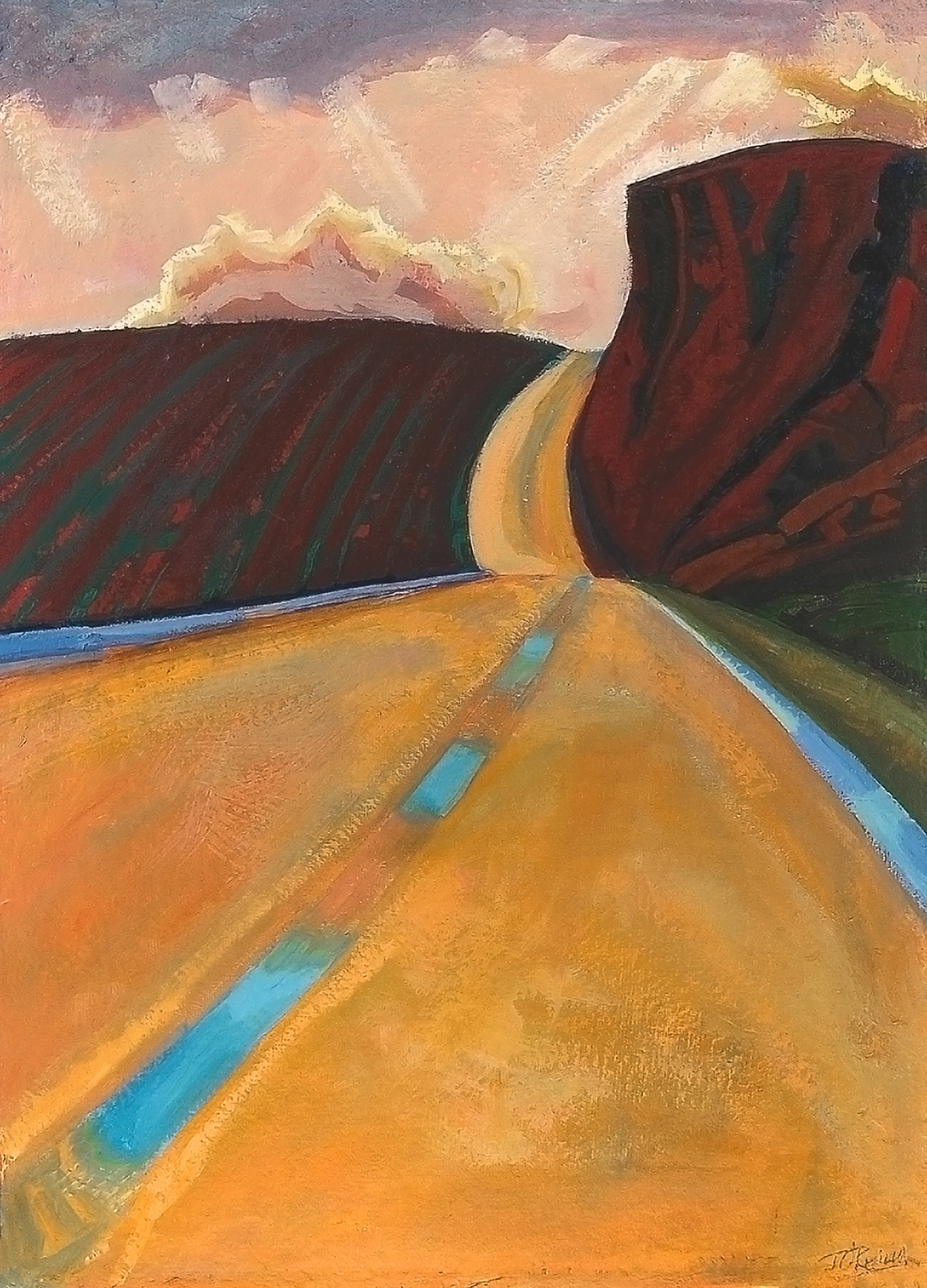 I’ve been thinking about the word ‘landscape’, because so much of my work gets thrown into the landscape bucket. We’ve expanded the language over time: seascape, cityscape, dreamscape. And I’ve invented a couple: urbanscape, nightscape. I’m restless for a new word, though, something that’s more true and accurate.

Interestingly, “landscape” is from a 16th century Middle Dutch word from land ‘land’ + scap ‘ship’. Wonder if that was a view of the land looking from a ship, or the other way around?

According to the Oxford Living Dictionary: “All the visible features of an area of land, often considered in terms of their aesthetic appeal.”

I’m reaching for the “unvisible" features of a place – that which is not invisible but is not yet seen. It’s more than geography; it’s more than topography. It might be some about aesthetic appeal. Certainly I’m enchanted by certain passages of light, or something more elusive about the feel of a place.

I’m seeking to reveal the energies that inform the work. It’s not something I do, actually. It’s something that comes through me if I show up with my craft.

If I’m honest with the work, what manifests are those tiny moments of influence that evoke our deeper feelings or memories or dreams, or maybe even a future. It’s no longer ‘this place’ that I saw once. It becomes an invitation for you to feel something, to walk through the portal that is the painting and have an adventure.

The work is the dialog with the paint, part of which comes through dealing with substrate (canvas, board or paper), paint and tool. Maybe it’s a delicious and inviting scumble or jostle of a mark where color collides or slides or separates or dissipates into a new state. Sometimes it’s the meticulous and careful study of light, movement, stillness, sound, and density. It’s the risk of a single stroke that can either complete or destroy a composition.

Sometimes it’s removing what’s there and reworking again and again. In truth, this is the daily risk of art. There’s no road map. We’ve never been here before. There’s no blueprint. There is no guaranteed outcome. There is only the effort. And suddenly, there is a painting.

And I still don’t have a satisfactory word for what it is, this painting about place. Any ideas?